Dellin Betances has become a fan favorite amongst many Yankees fans. Dellin a local kid, was drafted by The New York Yankees in 2006. Originally a failed starter, he soon rose to prominence in the spring of 2014, when he was moved into the bullpen. Betances made the Yankees’ Opening Day roster soon after. He was elected to his first All Star Game in 2014, becoming the first Yankees rookie pitcher—along with teammate Masahiro Tanaka—to earn an All-Star Game nod since Spec Shea in 1947.

On September 17, 2014, Betances struck out Kevin Kiermaier in the eighth inning of a game against the Tampa Bay Rays to notch his 131st strikeout, surpassing Mariano Rivera’s Yankees team record for strikeouts by a relief pitcher, set in 1996. Betances did so pitching 20 innings fewer than Rivera.

In 2019, The Yankees acquired a similar pitcher in Adam Ottavino. (Another New York City Native.) On March 19, 2019, it was announced by the team that Betances would start the season on the injured list due to discomfort in his shoulder. He was transferred to the 60-day injured list, and was revealed that he was diagnosed with a bone spur behind his right shoulder, putting his chances of playing in 2019 in jeopardy. Soon thereafter, Ottavino would step-in and eat up innings where Betances would pitch in.

Betances finally made his 2019 season debut on September 15 against the Toronto Blue Jays, where he pitched ​2⁄3 innings, but tore his achilles tendon during the appearance, ending his season.

Here’s why Betances deserves another shot as a Yankee.

His velocity is still up there, he has shown no signs of slowing down at 31 years old. (Soon to be 32 on opening day 2020.) His height factor and large stature is menacing on the mound. Also, let’s face it. He’s been one of the elite relievers in the game since 2014. With minor bumps here and there, nothing too drastic.

Many Yankees fans including myself, want Dellin back. If you ask me, even though he’s getting up there in age. He’s still apart of this Yankees rebuild. Knowing Cashman and how he likes to bulk up his bullpen. Getting Dellin Betances back in pinstripes should be one of his main priorities this off season.

Adam Ottavino pitched great for The Yankees in 2019, but imploded in The Post Season. Showing why Dellin Betances is not only a necessity, but a must have for a competitor trying to go all the way.

Discuss this article on our forum 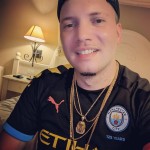 NYYNEWS.com was founded in 2005 by Felix Pantaleon. It was one of the first popular MLB blogs to go viral on the internet and made way for future sports bloggers to become successful online.